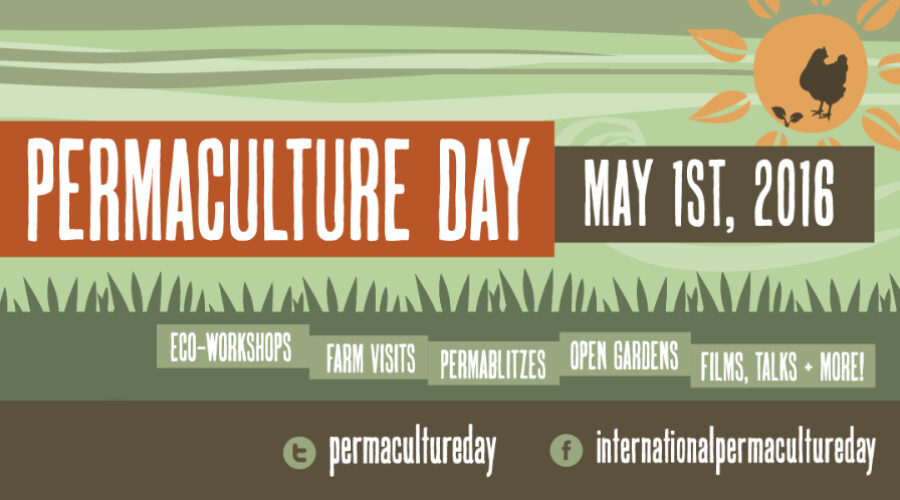 IT WAS  the week before International Permaculture Day (IPD) and scattered across the world imaginations had been stirred and ideas hatched in the fertile brains of permaculture practitioners. There are now 41 events listed for IPD 2016.

Beyond our ocean-fringed border here in Australia there are IPD events in:

And, in Australia, we have events in:

It is a BIG thanks that goes out to the people behind all of these events… the people who make things happen… the people who are making IPD2016 a reality in our towns, cities and countryside. In them lie the genes, the promise, of future International Permaculture Days.

International Permaculture Day now has an online presence made up of:

This establishes IPD across a suite of social media platforms which have different users who will encounter it. Evidence this is starting to happen comes from the 18 followers and many likes for individual images gained within a few minutes of the IPD Instagram going live last night.

AND, SO… a little speculation

And so, do we see a sentiment to continue International Permaculture Day?

I believe so. The evidence? That all these people, all over the world, have responded to the call to organise events within only two and a half weeks, the time since the IPD website and IPD itself was revived by a small team acting quickly (sorry, no ‘small and slow solutions’ were used-just bold and rapid).

The priority has been to:

The flow of energy through a system acts to organise that system.
…From the cover of the 1968 edition of the Whole Earth Catalog…

The reinstatement of an updated online presence for IPD2016 is testament to the spirit of voluntary initiative that exists within the permaculture milieu. The renewed infrastructure has been created by people offering what they can by way of voluntary skills and effort within the time they have available amid all the other prioritises of life.

IPD2016 has been brought together by an ad hoc team that hastily self-organised:

People self-organise into networks despite the ineffectiveness of their government…

We would like to thank those who have sent ideas on making the website work better and for their patience.

The new website is just two weeks old and, with the necessity of moving rapidly so that there would be an IPD2016, there has not been the time for the usual debugging and finessing. Enacting the design principle of ‘make continual improvements’, this will be continued over time.

Amid the daily news of hostile takeovers, greedy dictators, famous celebrities acting foolishly, and reports of planetary decay, students find a system of ethical decisions welcome and productive. Permaculture is a positivistic design process, focusing on what we can do today in this place to make things begin moving in the right direction.

If you are having any questions, please feel free to ask.

Send us an email